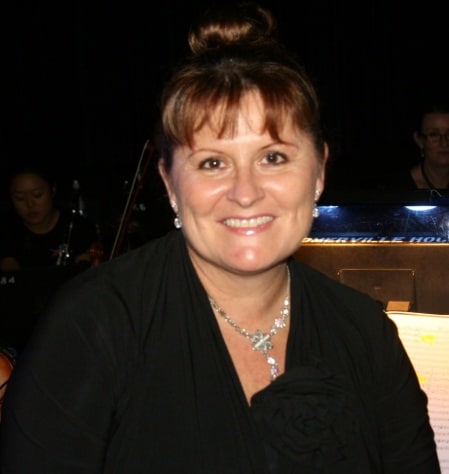 Loreta Fin studied violin at the Sydney Conservatorium of Music, with Faina Krel, and before that, with Sr Margaret Short OSU and Emily Finn (former SSO violinist). Loreta was a first violinist with the Sydney Youth Senior Symphony Orchestra, and later tutored and conducted several of the groups within the Sydney Youth Orchestra Association. She taught at Sydney Grammar School before moving to Brisbane in 1988. At present, she is Director of Strings and Instrumental Music at Somerville House Girls’ School, a full-time position she has held since 1993. Loreta conducts and oversees the school’s 6 String Orchestras and smaller ensembles. There are over 500 students in the instrumental music program, which includes more than 200 string players from Years 3 to 12. All of the string ensembles have been successful in competitions over the years, having gained first places in various eisteddfods for several years running. In the last 10 years, Loreta’s ensembles have consistently received Platinum Awards at all levels – and the senior group, Somerville Strings, was the winner of the Orchestra Australia Award for Excellence in school orchestral music.

In addition to her teaching commitments at Somerville House, Loreta was the State President of the Australian Strings Association (Austa) from 2001 to 2004 and was the National President from 2005 to 2007. At the 2009 AUSTA National Conference, Loreta was presented with the Qld State Award for services to the string community in that state. She has taught at the Queensland Young Conservatorium, lectured in String Pedagogy at the University of Queensland and is a Violin and Viola Examiner with the Australian Music Examinations Board (AMEB). Loreta has conducted workshops for the Australian Strings Association and the Australian Band and Orchestras Association. She has presented pedagogy sessions at many National Austa String Conferences and Education Qld’s Maryborough Music Conference. Loreta has also presented at two American String Teachers Association Conferences, in Albuquerque and Atlanta.

Loreta is in demand as a guest conductor and clinician. She has been a guest tutor and conductor at the Qld Education Department’s Most Outstanding Students’ Program and the State Honours Ensembles Program for Sth East Queensland and North Qld. She has published over 100 pieces for young string ensembles and, more recently, a series of string tutor books for young beginners. Loreta’s pieces have consistently been selected as set works in competitions and one will be performed at a combined school orchestra festival being held at the Sydney Opera House in 2017.

Loreta is an experienced adjudicator, having adjudicated at all major Queensland festivals and competitions, including the Australian Academy Festival of Music, the Gold Coast’s Tropicarnival, the Catholic Schools’ Music Festival, the Sunshine Coast Eisteddfod, the Golden Fiddle Awards and the Australian Strings Association’s Junior and Senior Concerto Competitions. She has also adjudicated competitions and festivals in Perth, Sydney Melbourne and Nth Queensland. Her most recent adjudication was for the Australian School Orchestras Festival, in Sydney, where one of the string sections is named after her.

Loreta has played violin and viola in many freelance professional productions at the Queensland Performing Arts Centre, including Les Miserables, Joseph and his Amazing Technicolor Dream Coat, The King and I, The Wizard of Oz, Phantom of the Opera and the English Ballet’s production of Swan Lake. She has also worked with many well-known artists, such as Natalie Cole, Dionne Warwick, Shirley Bassey, Jerry Lewis, Gene Pitney, Kate Ceberano Sarah Brightman, Rod Stewart and Marina Prior and played in the Brisbane season of The Main Event, starring John Farnham, Olivia Newton John and Anthony Warlow. She also performed in the Brisbane season of The Boy from Oz starring Hugh Jackman. Loreta has been Principal Violist with the Queensland Pops Orchestra for over 20 years.

At the 2015 Australian Strings Association’s National Conference, Loreta was honoured to receive the National Award, “In recognition and appreciation for outstanding service, within the string and music communities of Australia”.

Please find articles from Loreta Fin’s Workshops and research. Please send us a message to give feedback on the articles

Creating a Master Race of Viola Players A discussion forum on ideas for creating viola players in school orchestras Date: 4-8 July 2013   PLEASE CLICK ON THE BUTTON BELOW FOR THE COMPLETE ARTICLE

END_OF_DOCUMENT_TOKEN_TO_BE_REPLACED

Conducting Workshop - University of Qld EDUC6852 1.  What is Conducting and Why Conduct? The term “maestro” means teacher. Think about conductors you have worked with – what was good/clear What was not good/clear Most “train wrecks” are often the...

END_OF_DOCUMENT_TOKEN_TO_BE_REPLACED 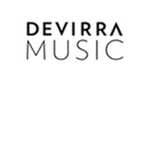 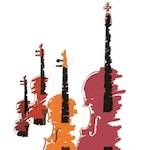